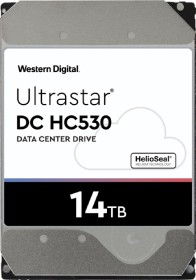 No responsibility is taken for the correctness of this information. The listed offers do not constitute legally binding advertising claims of the merchants!

* All prices in pound sterling including VAT, exluding delivery and packaging costs, unless the latter are explicitly added using the corresponding display option. Please check the delivery terms and expenses before ordering online. When results are sorted by a different currency than the local currency of a merchant, the conversion is based on a conversion rate determined by us, which is often not identical with the conversion rate used by the merchant. Please note that the quoted prices are periodically generated snapshots, which may be incorrect due to technical reasons. In particular, price increases are possible between the date of acquisition by us and the visit of the site by you. Merchants have no possibility to directly influence the display of the prices and to arrange for immediate changes to our site. The price applicable to the purchase is the price as shown at the time of purchase on the merchant's website.

** Notice regarding the column "Price incl. delivery" to UK. Please refer to the merchant's website for shipping costs to regions not listed here.

No network connection. Please connect your device to the internet.